In 2008, the San Jose Rep became the largest non-profit, professional theatre company in the South Bay with an annual budget of $5 million.

Even though the Rep was the fastest growing theatre company in the entire county in the early ‘80’s, they struggled to survive for decades. Support of live theatre in the Silicon Valley was weak

This was a great opportunity to rethink marketing efforts with the annual season brochure, event signage and promotional advertising to make it stand out. Instead of showing pictures of actors on stage as in years past, we shifted to a dynamic illustrative style, sparking visual interest. 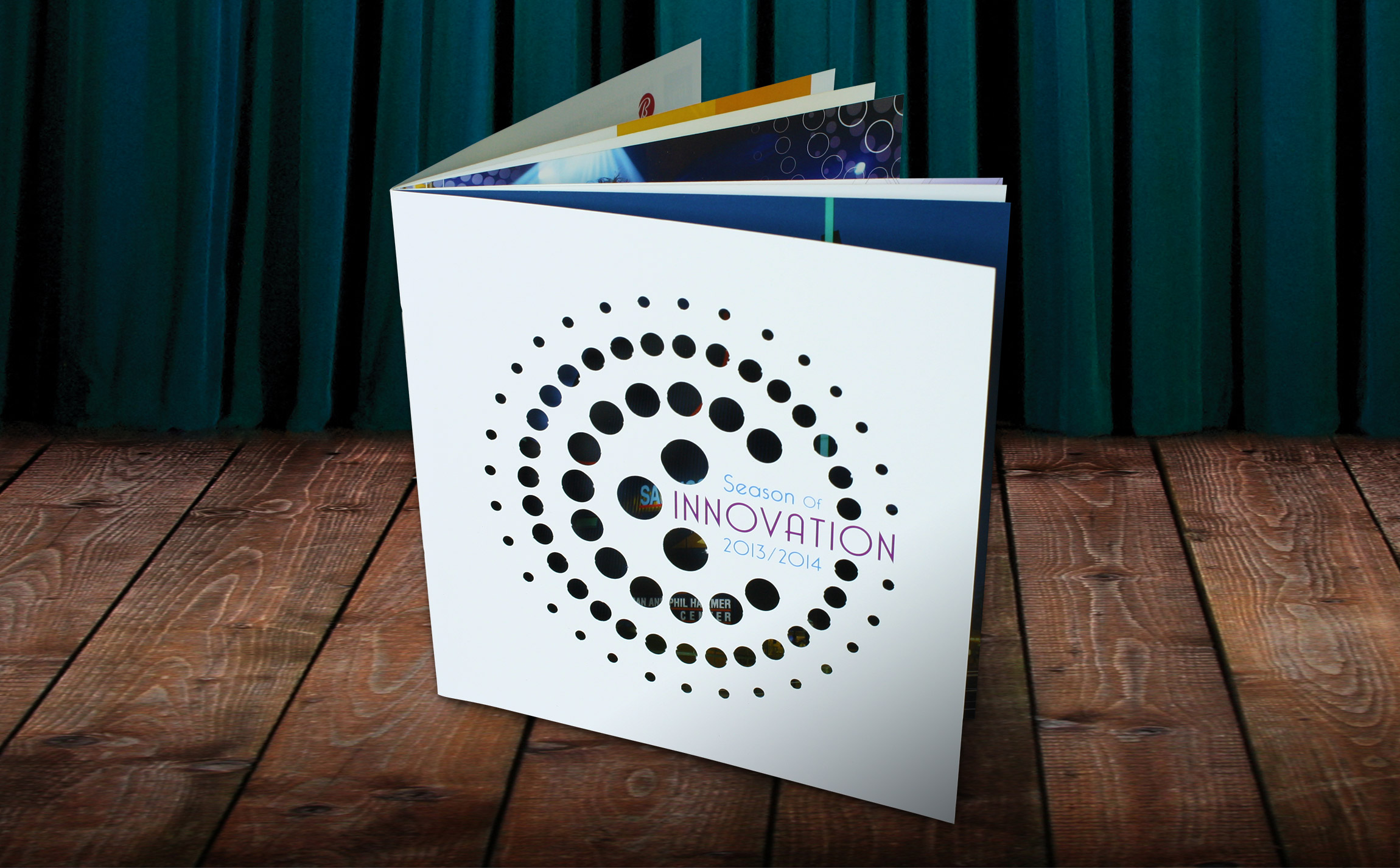 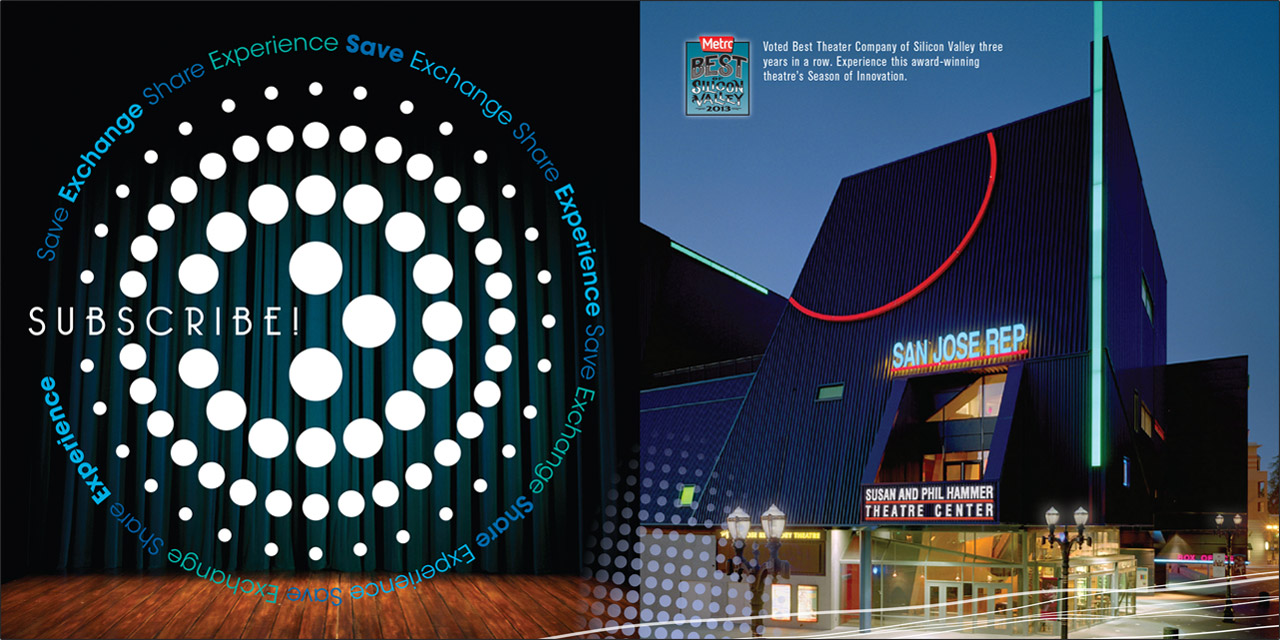 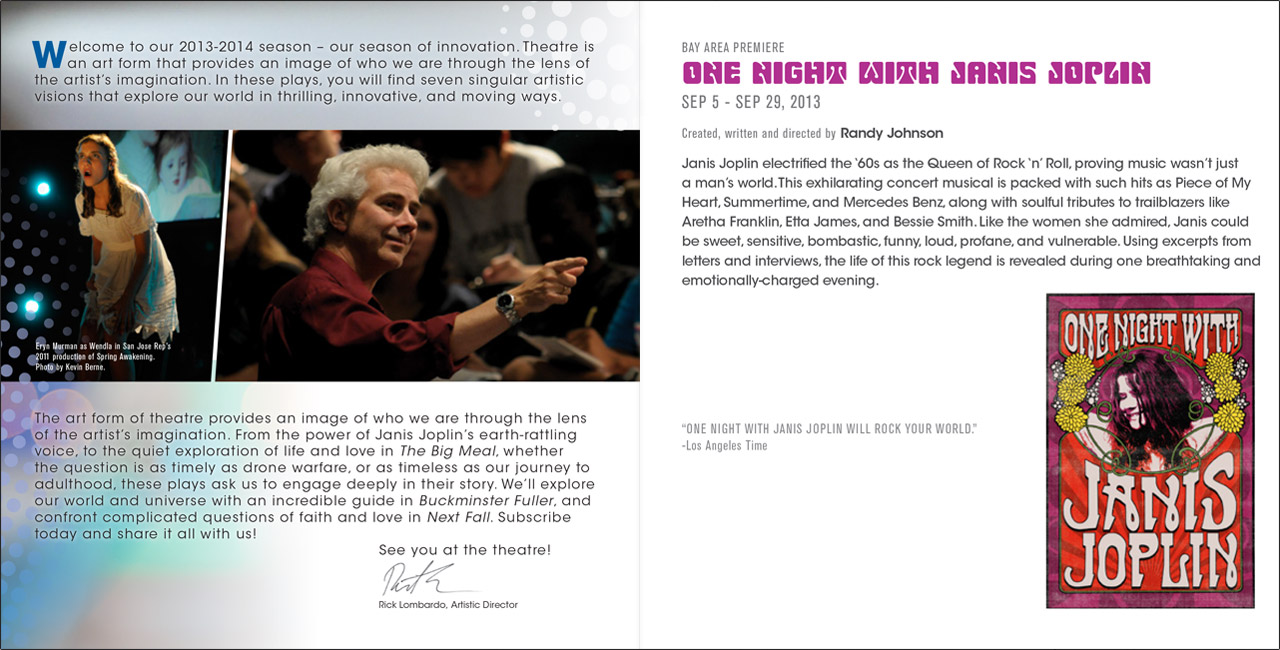 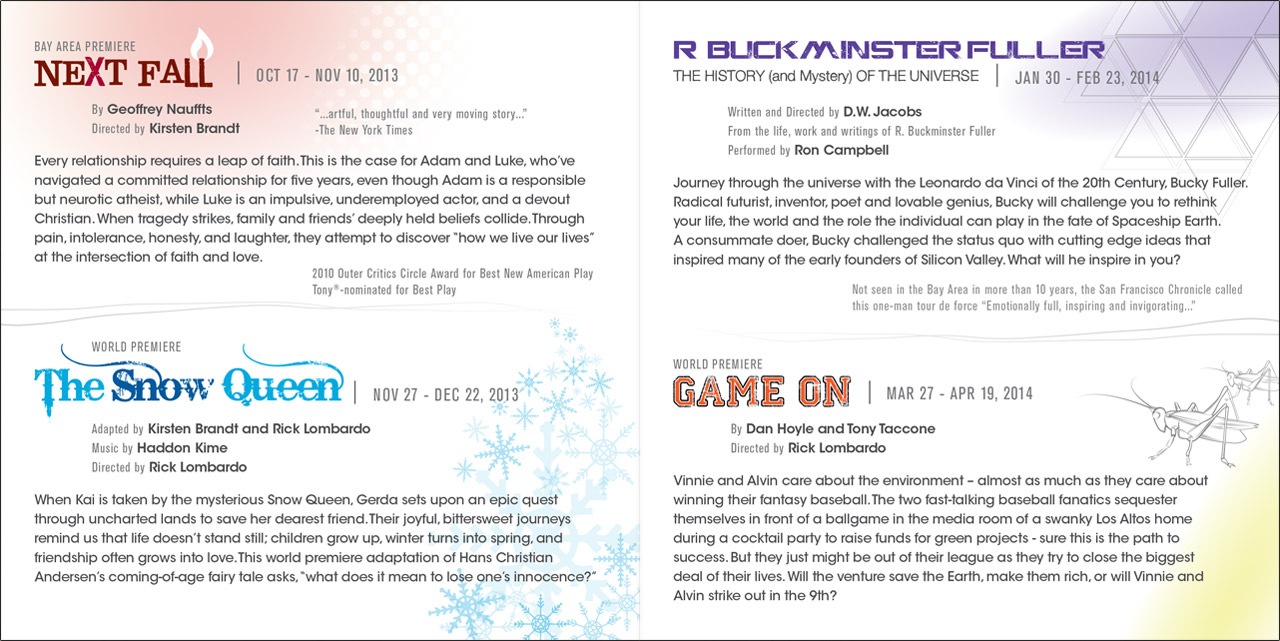 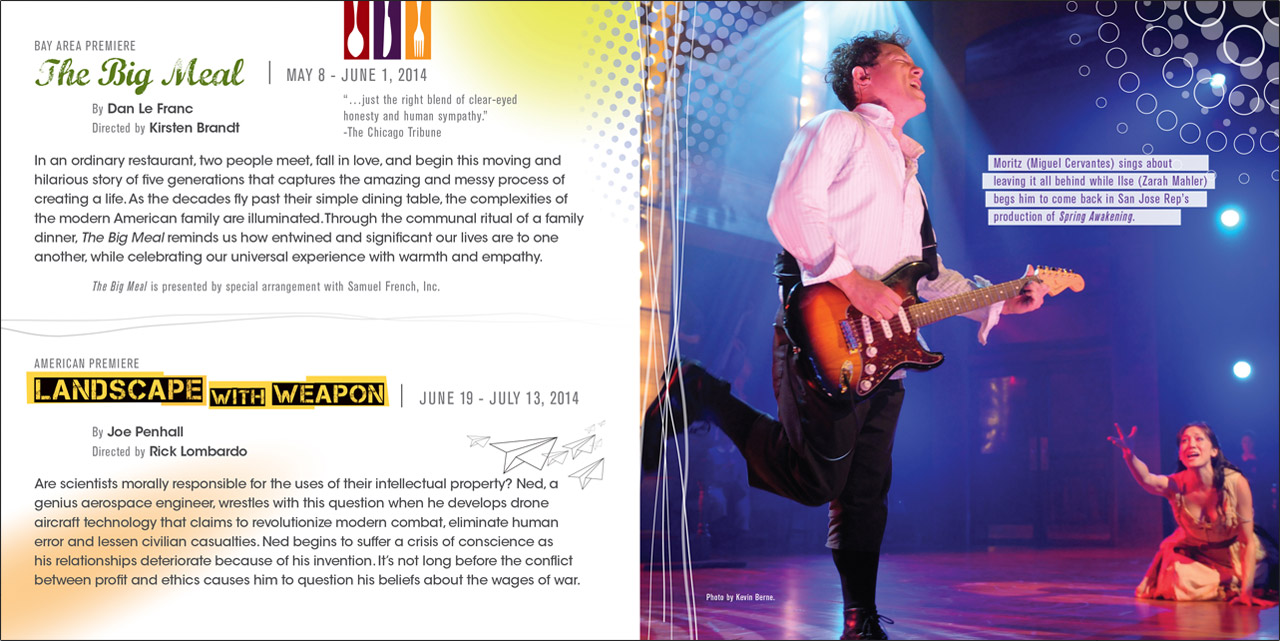 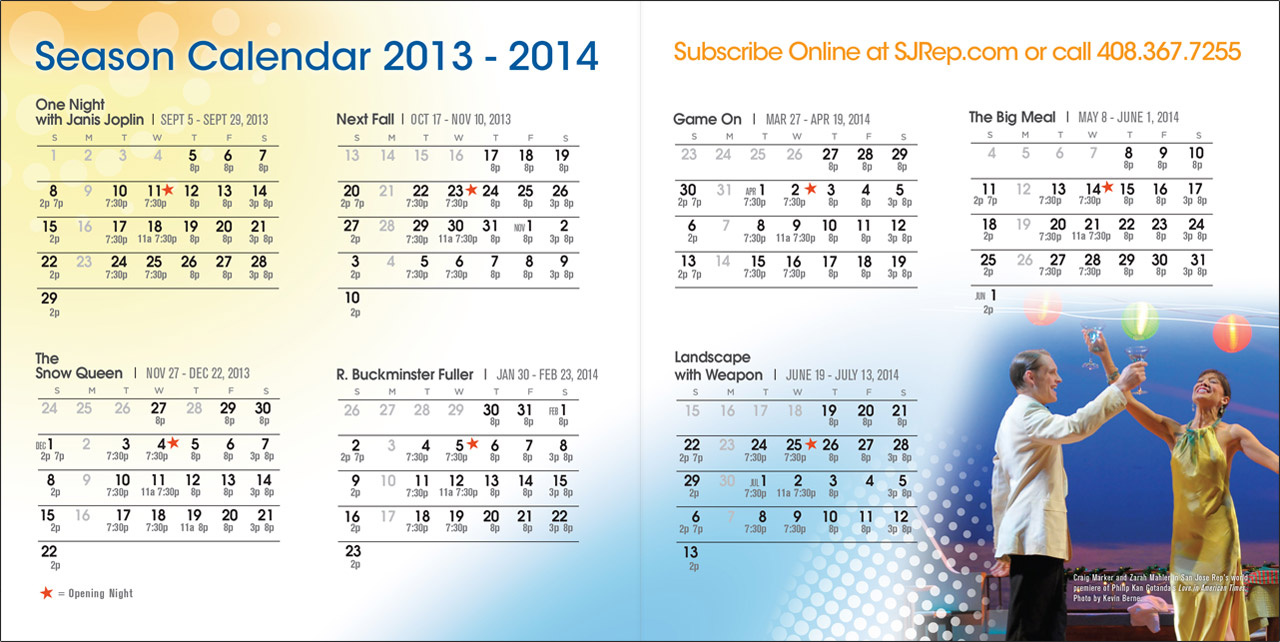 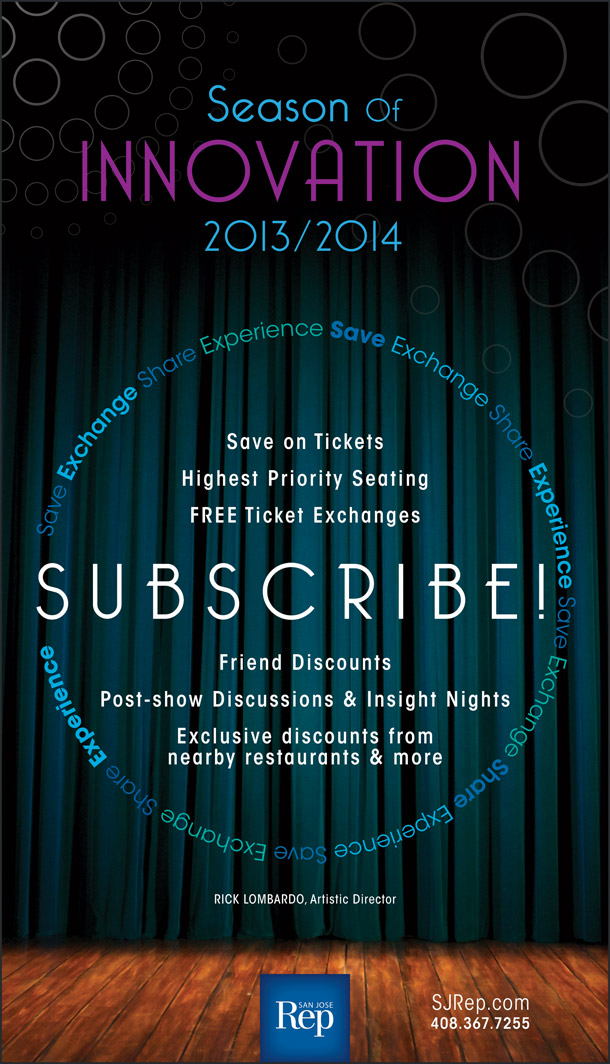 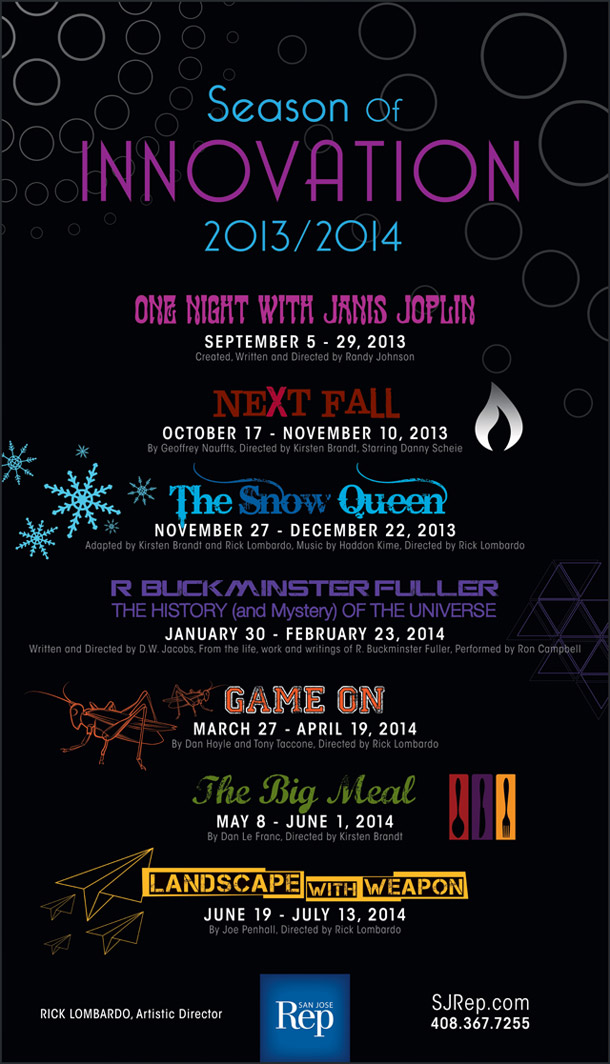 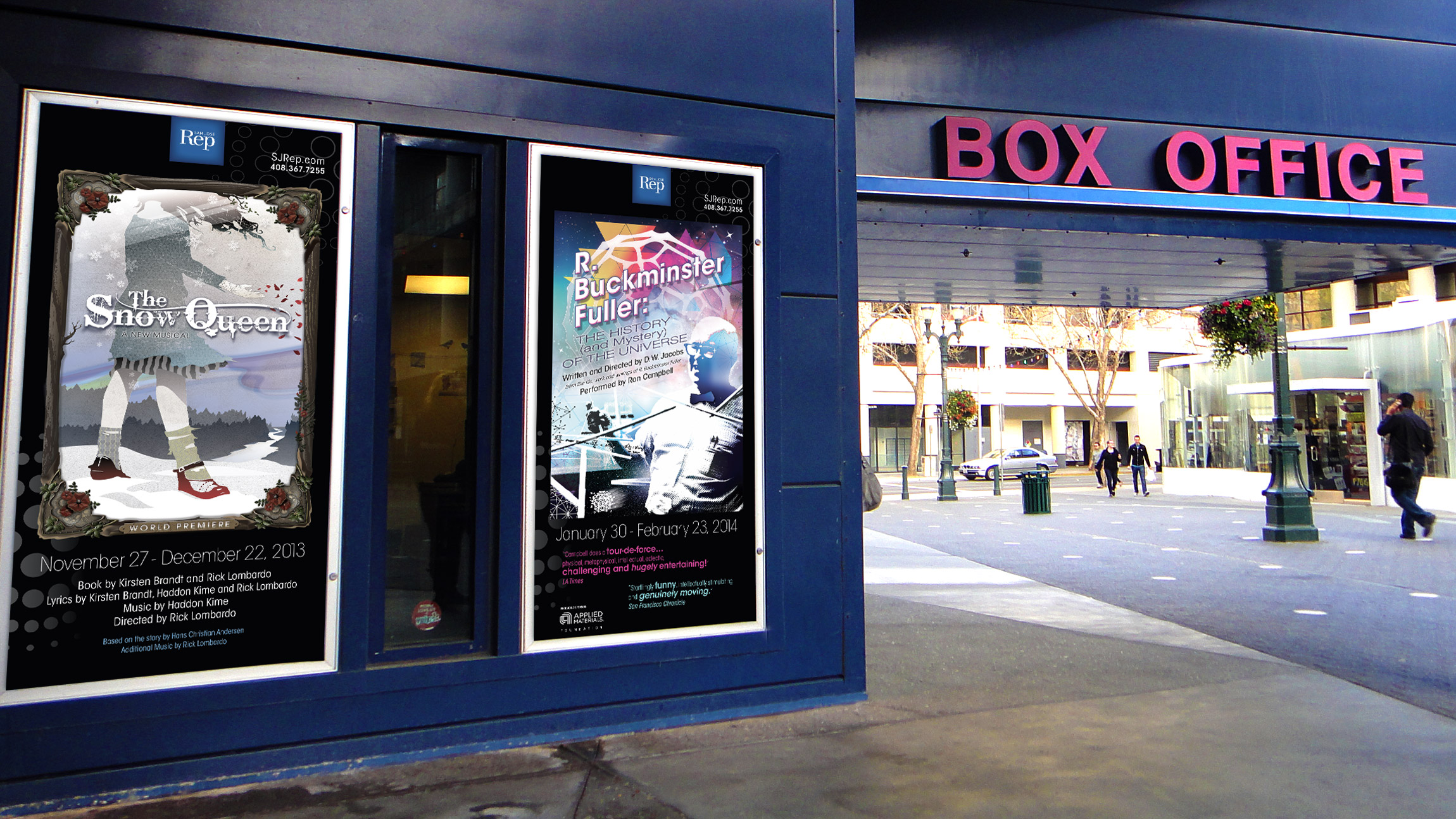 PREVIOUS SITE
This was a graphics reskin, so we designed to the existing template down to the pixel. It limited our efforts, but the opportunity for improvement was huge. The previous design for a live performance showcase was fairly lifeless in terms of imagery and the color palette was stale. Below is the vibrant update. 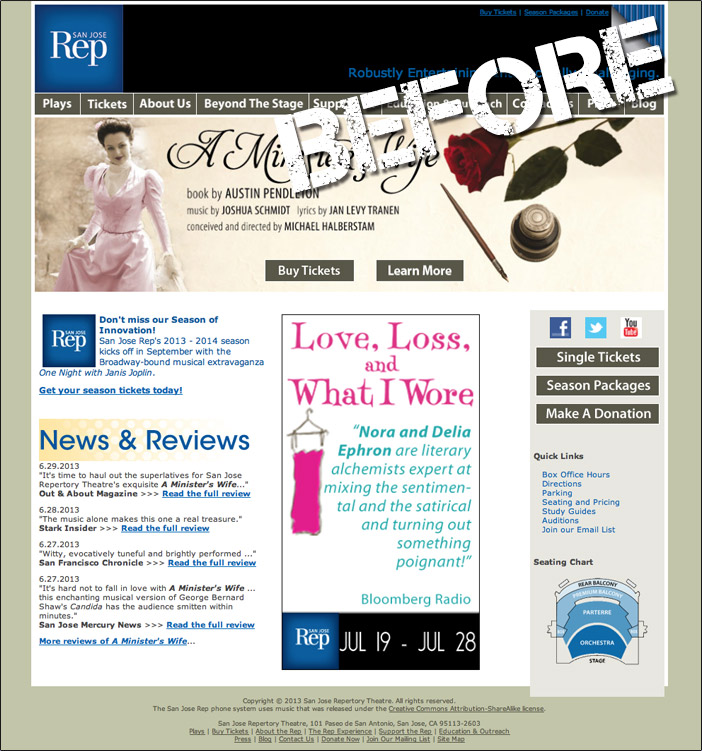 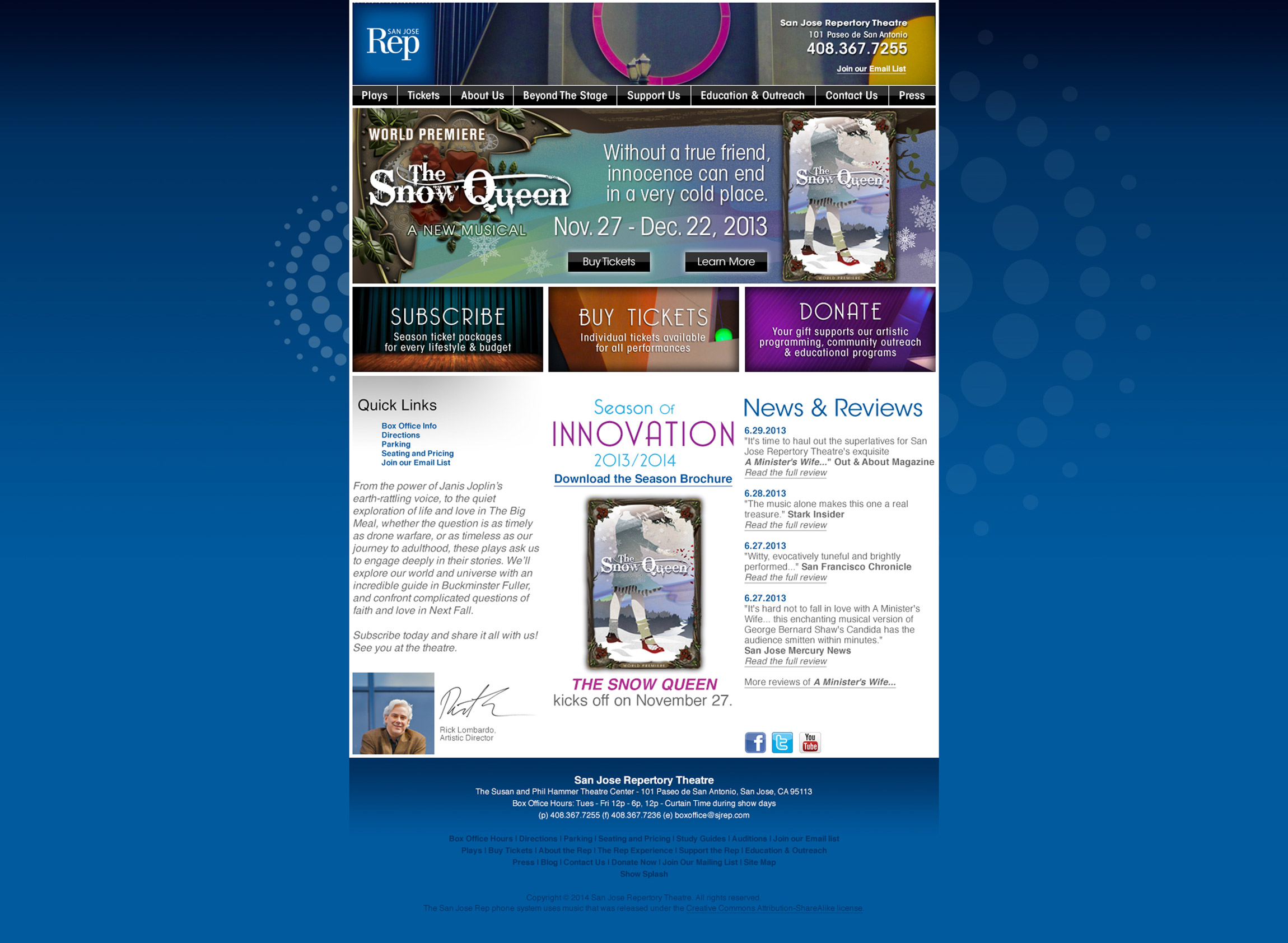 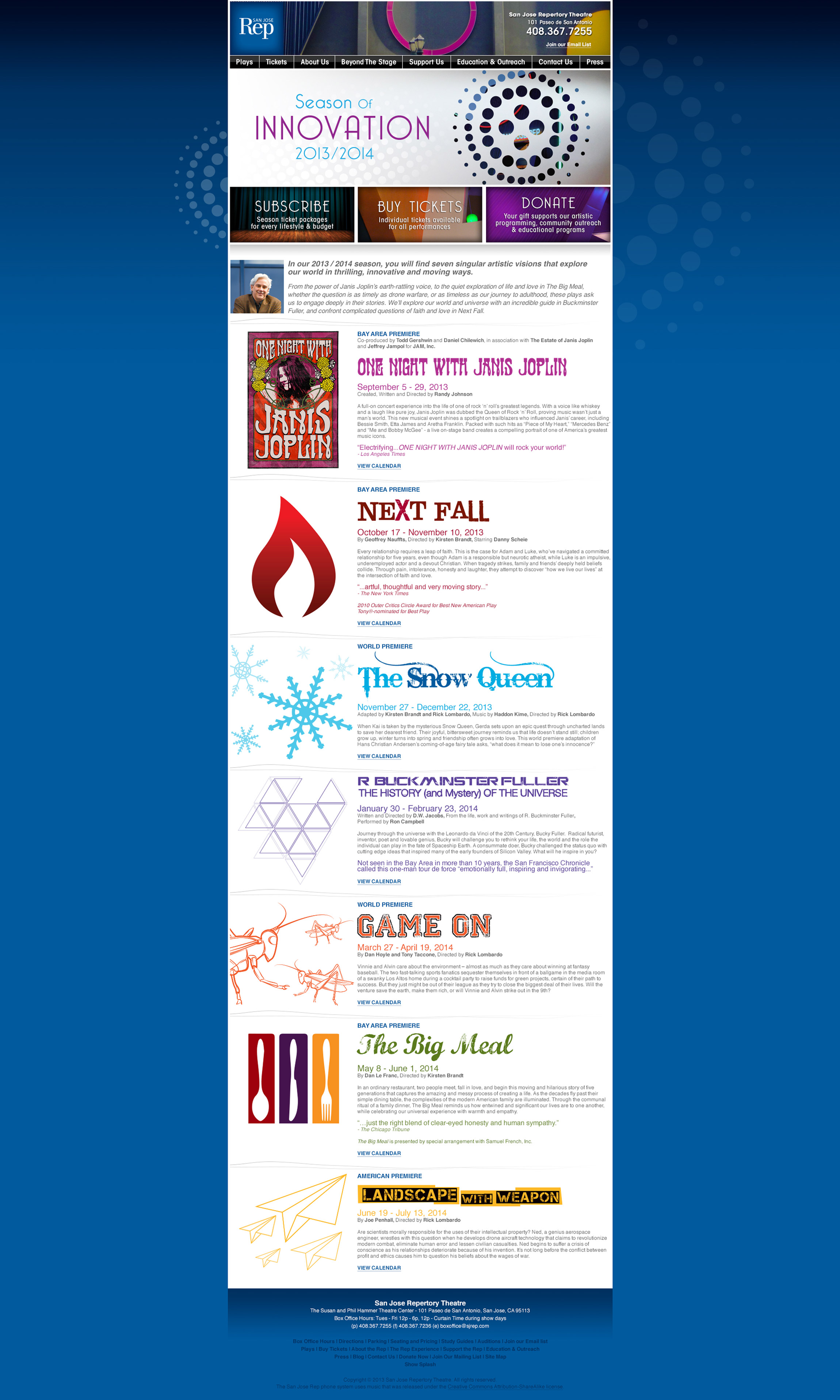 It looks like you might have a project in mind. When you call you’ll reach Chris, the principal designer who will review branding and graphic design needs with you and set up an initial meeting to learn more. Whenever possible it’s helpful to kick things off with a face to face meeting to steer things in the right direction from the beginning. Give a call or shoot an email over today. We’re always excited to work with new clients looking for creative solutions to marketing needs.